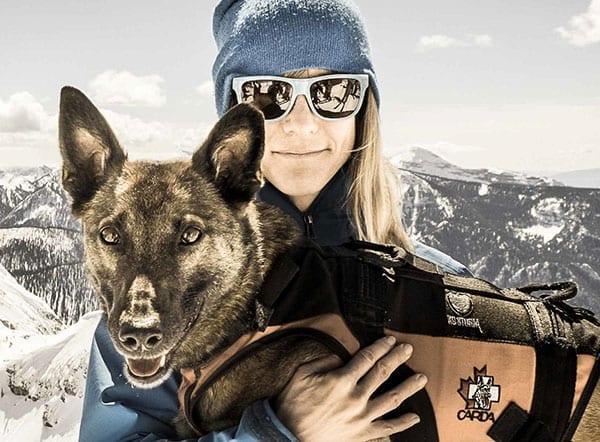 We first met Jennifer about 15 years ago, when she came to our facility to check out our dog food. This is our second sponsored pup with Jennifer. We feel lucky to help support the amazing work that she does with her incredible dogs.

How did you get into Search and Rescue?

I was inspired to become a dog handler after a Canadian Avalanche Rescue Dog Association (CARDA) dog saved the life of a ski hill employee who was buried in an avalanche at Fernie Alpine Resort in 2000. As a ski patroller in Fernie I was lucky enough to mentor under experienced handlers and be offered a ski patrol dog handling spot a few years later.

How many lives get saved by SAR per year?

There has only been one avalanche live recovery in Canada (the one that inspired Jennifer to start her career in SAR).

Every second counts in the avalanche profile. Live finds by avalanche rescue dogs are rare because a person can only survive so long beneath the snow without adequate exchange of oxygen and carbon dioxide. Survival rates drop dramatically after 18 minutes of burial time. Most avalanche accidents happen in the backcountry where it takes SAR groups time to muster and cover large geographical distances to respond (even by helicopter).

The dogs are usually able to find the subjects, but it is often too late for a survivable outcome. For this reason, people going into avalanche terrain need to learn how to avoid triggering avalanches. They also need to be prepared for the worst if an avalanche is triggered, and have the gear and the training to be able to perform a “companion rescue” for the best chance of survival.

A really important part of the work that avalanche dogs do is that they help lower the risk faced by SAR personnel who have been deployed to avalanches. If the missing person wasn’t wearing an avalanche transceiver (or if it malfunctioned), and there is no avalanche dog to deploy, we have long poles (avalanche probes) that we insert into the snow and we see if we can make a strike on a person. Sometimes the area of avalanche debris is the size of a football field…Those rescuers are in avalanche terrain, at risk. In contrast, an avalanche dog and handler can cover that terrain very quickly and efficiently. The dog searches in patterns across the debris looking for buried human scent and then starts to dig to let their handlers know they have made a find. Using an avalanche dog means fewer human rescuers get exposed to the avalanche hazard and for far less time.

The hard part of this job is that there almost is never a perfect story. There are 30 teams in this province and they might never be in the right place at the right time for live recovery, but they can at least help give closure to the family with their finds.

Is that why you got into Avalanche Safety?

My passion for promoting public avalanche safety came after being a part of the SAR team tasked to a particularly tragic local avalanche accident in 2008 where 8 people lost their lives. On top of being on the SAR team, I work for Avalanche Canada now. They are in charge of public avalanche forecasting for the backcountry. As a member of Avalanche Canada I want to help people enjoy safe winter backcountry recreation.

What can someone do to safely enjoy the backcountry?

There are many things a person can do to reduce the risks and enjoy the backcountry in the winter. Have an avalanche transceiver, shovel, probe, take courses, and watch the avalanche forecast. Pika has her top six list of avalanche safety recommendations below:) 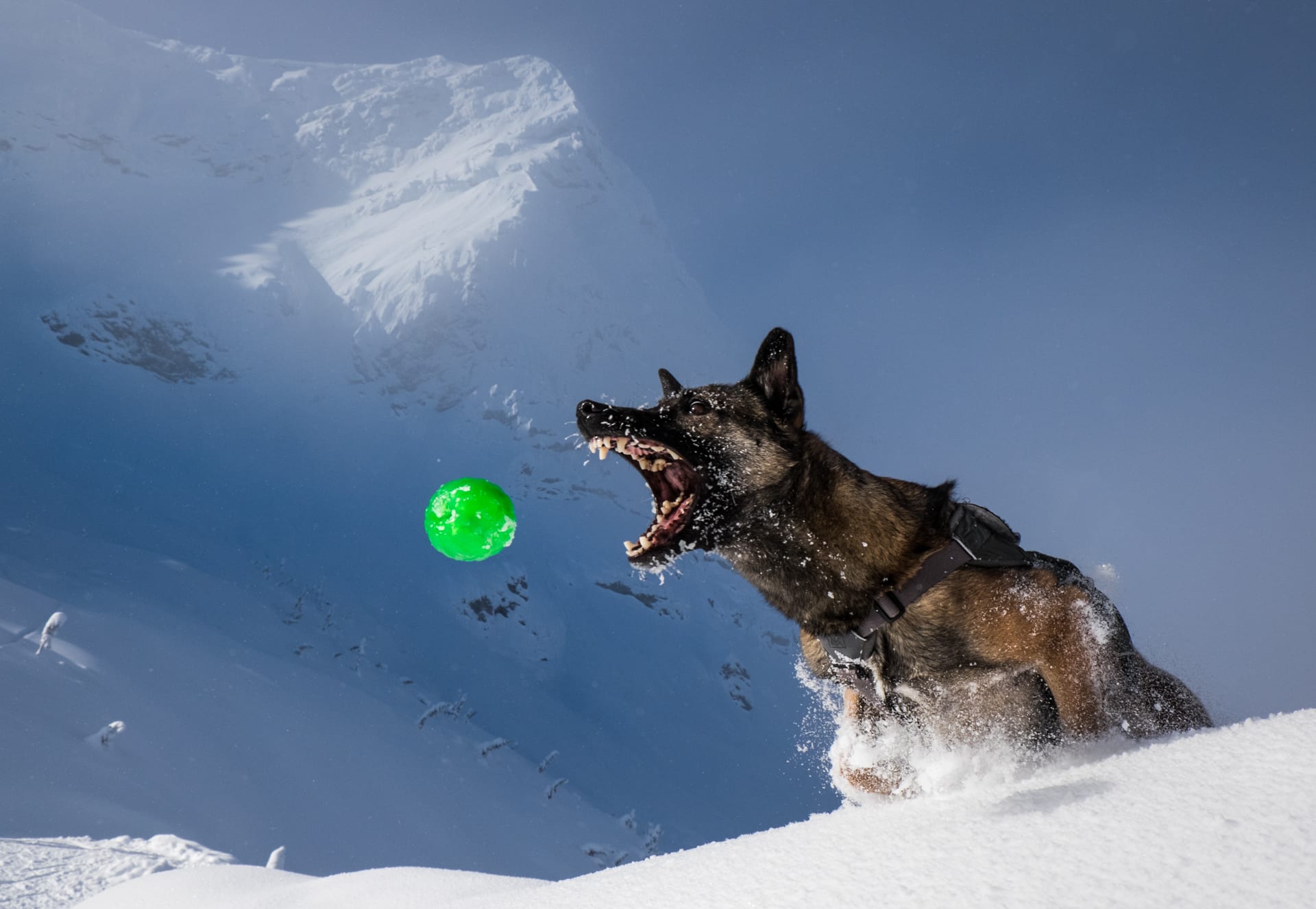 What kind of dog makes a good SAR dog?

We get all kinds of dogs applying to our program to see if they have the right stuff. Dogs from working lines from the herding or sporting groups like shepherds, border collies, labs and goldens have the highest success rates, though we occasionally have some rescue mixes that work out as well. The avalanche profile favors a medium sized dog, because we want to be able to lift them into helicopters, onto chairlifts and ski with them between our legs. Medium sized dogs have the right combination of agility, strength and stamina and can enjoy long careers without breaking down physically. 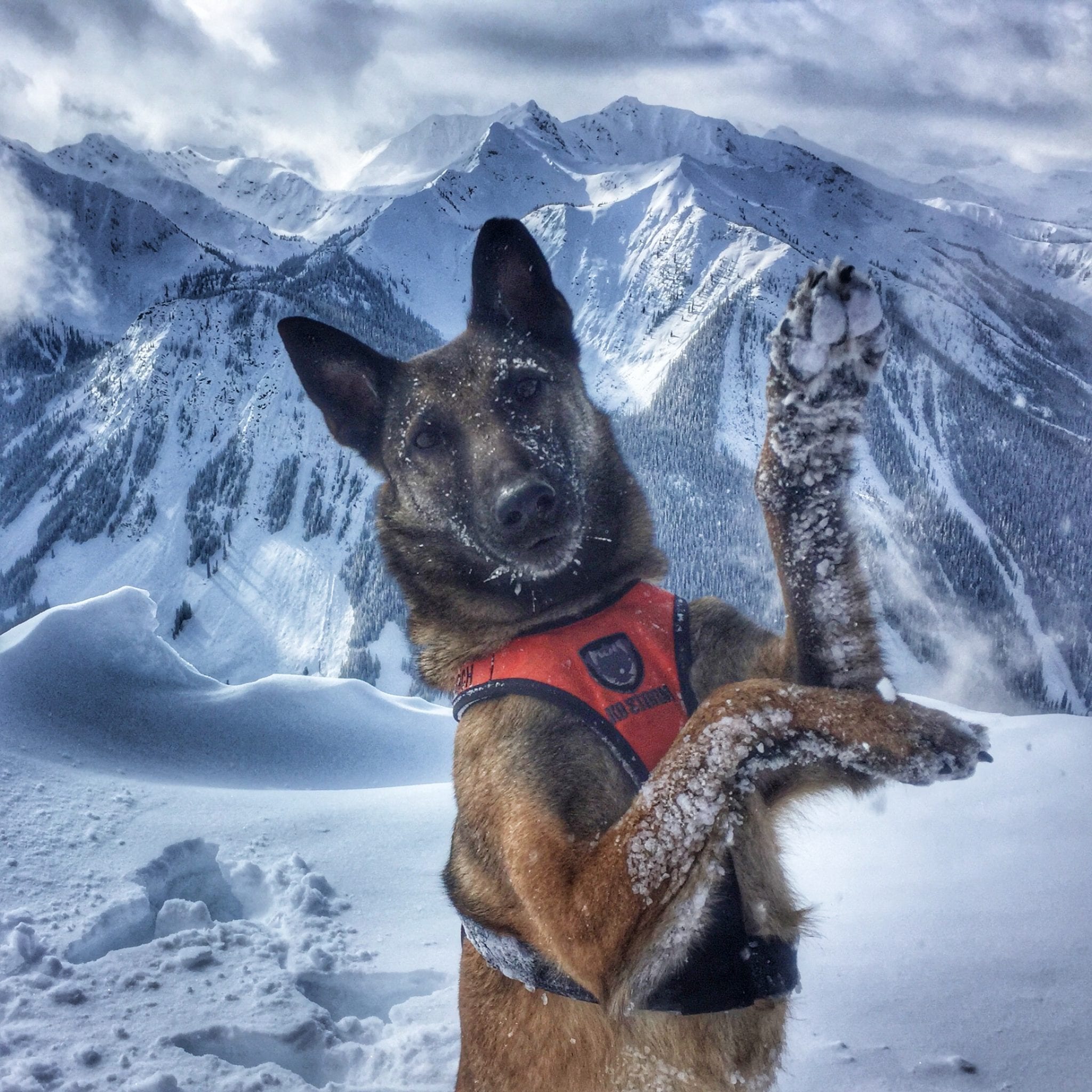 How do you train them?

I am a really big dog training nerd! I love training dogs. I happen to be the instructor coordinator for the CARDA. For some types of training we use event markers, but not clickers, as I don’t always have a clicker with me. We train some new behaviors with food, but also toys. For us the reward for searching is a tug of war, or a game like fetch.

We only select dogs that are very motivated to play those games. A dog that would play tug with anyone, at anytime, anywhere, with any toy. A husky might be a great winter dog, but they are not crazy for toys/fetch or tug of war the way a lab or shepherd is, so they are not a good choice for us. They have to want to work hard, difficult problems, in challenging conditions. If they are a bit “meh” about the reward at the end of it, it’s not going to work.

Why did you choose Pets Go Raw?

My first rescue dog was a Duck Toller. When he was young we had some undiagnosed health issues, and a vet suggested that I might want to try a raw diet. I was new to dogs, and quite desperate and shopping around for an answer. I ended up making my own raw diet. I joined some support groups.

With Pets Go Raw I really liked the idea of supporting a local company, and they actually invited me in to see the facility. It was great to just to be able to walk around to see where the food was being made and see its quality…not have it be hidden behind closed doors. I loved their transparency, so I applied for a sponsorship with them.

I loved that I could tailor the fresh, non-processed diet to my dog’s needs, depending on the season. I did some research on working sled dogs who were no strangers to raw feeding. I like to rotate protein sources, and generally opt for higher fat content in the winter when my dog needs more energy to stay warm and work and play hard.